On April 22, 2022, Judy Blank released her EP “Saddies”. It’s an ode to feeling sad, but with an undeniable silver lining in its comforting sound. For her album release tour, I had the honor of designing her stage visuals. Inspired by the album artwork, the lo-fi synths and her playful vintage style, I went for a glitchy VHS aesthetic.

Because the songs are about (being okay with) being sad, Eeyore inadvertently became its mascot. The stage was filled with an impressive herd of Eeyore plushies, collected by Judy’s audience on king’s day flea markets. One of them became the star of the video for “Confetti”.

A retro animated lyric video helped the audience sing along to the song “Karaoke”. For every show, I crossed out the word “Saturday” from the song lyrics and scribbled the actual day of the week over it. This triggered a burst of laughs among the audience when Judy subsequently also “corrected” herself while singing.

Finally, for the song Pony, I got to work with actual VHS footage of three-year-old Judy with a pony (too precious!) that was part of the inspiration for the song.

The shows were an absolute joy, I would highly recommend seeing her live if you get the chance! Meanwhile, check out the “Saddies” EP on your preferred streaming service or — my personal favorite — on cassette tape. 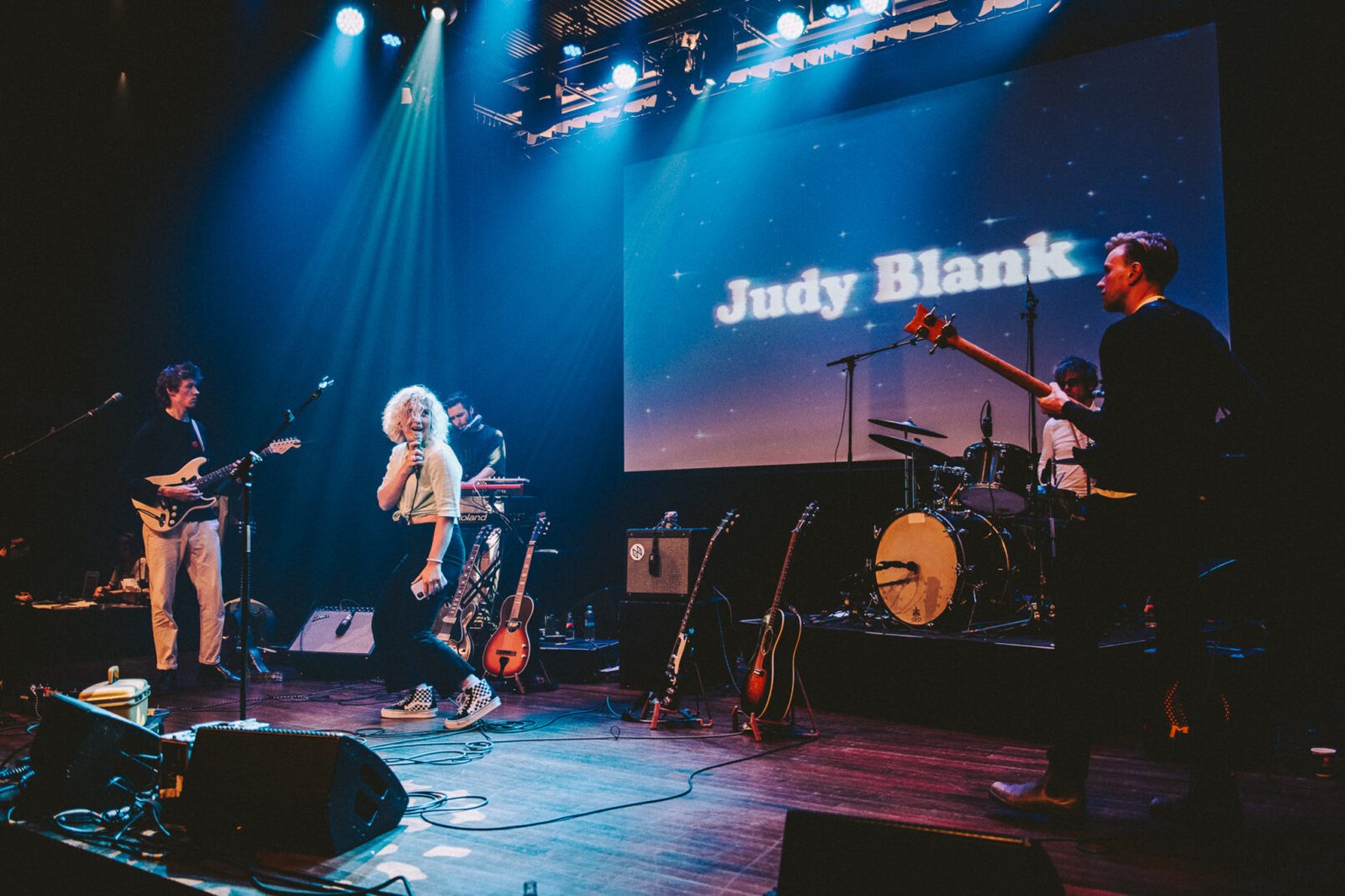 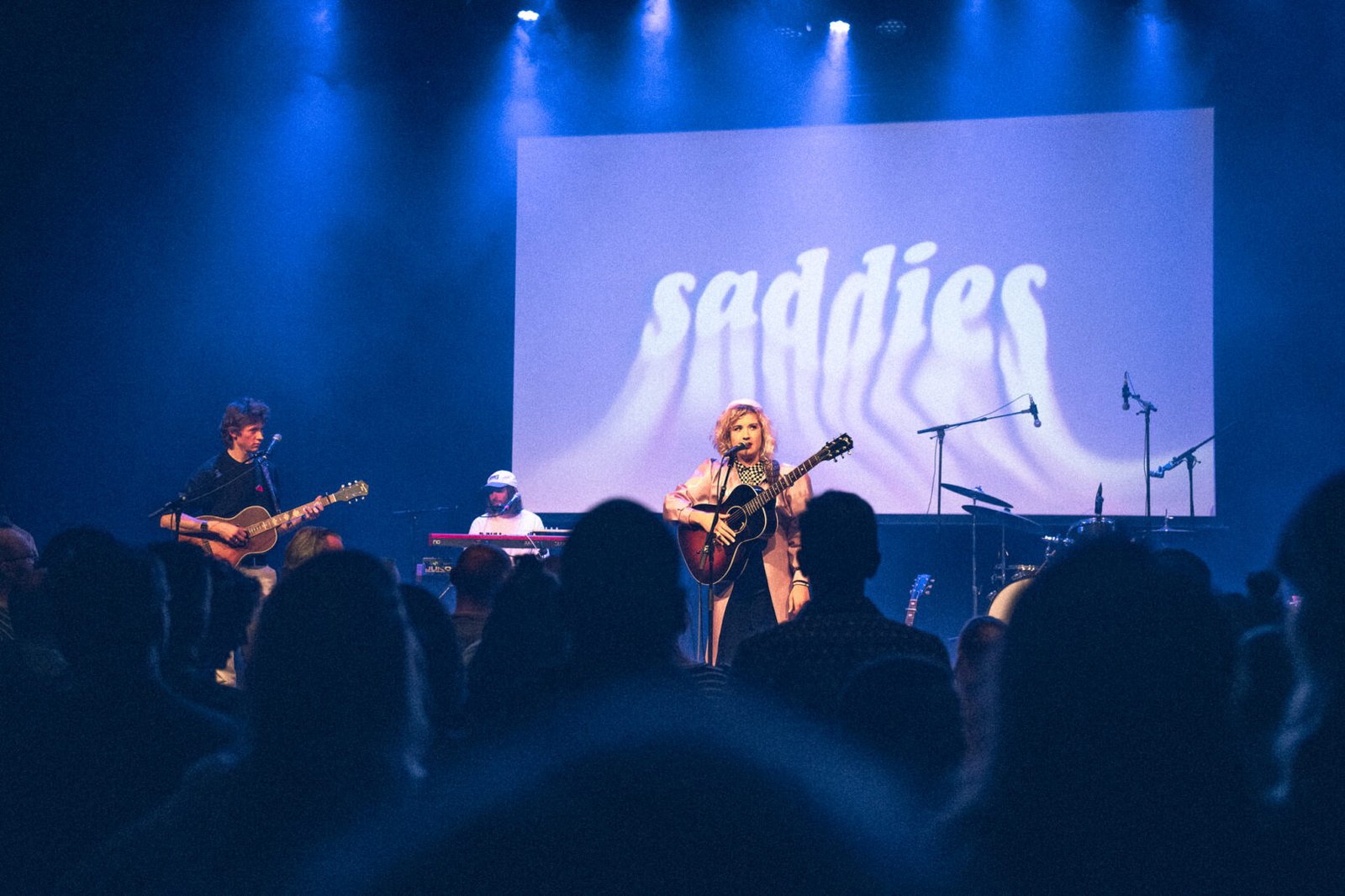 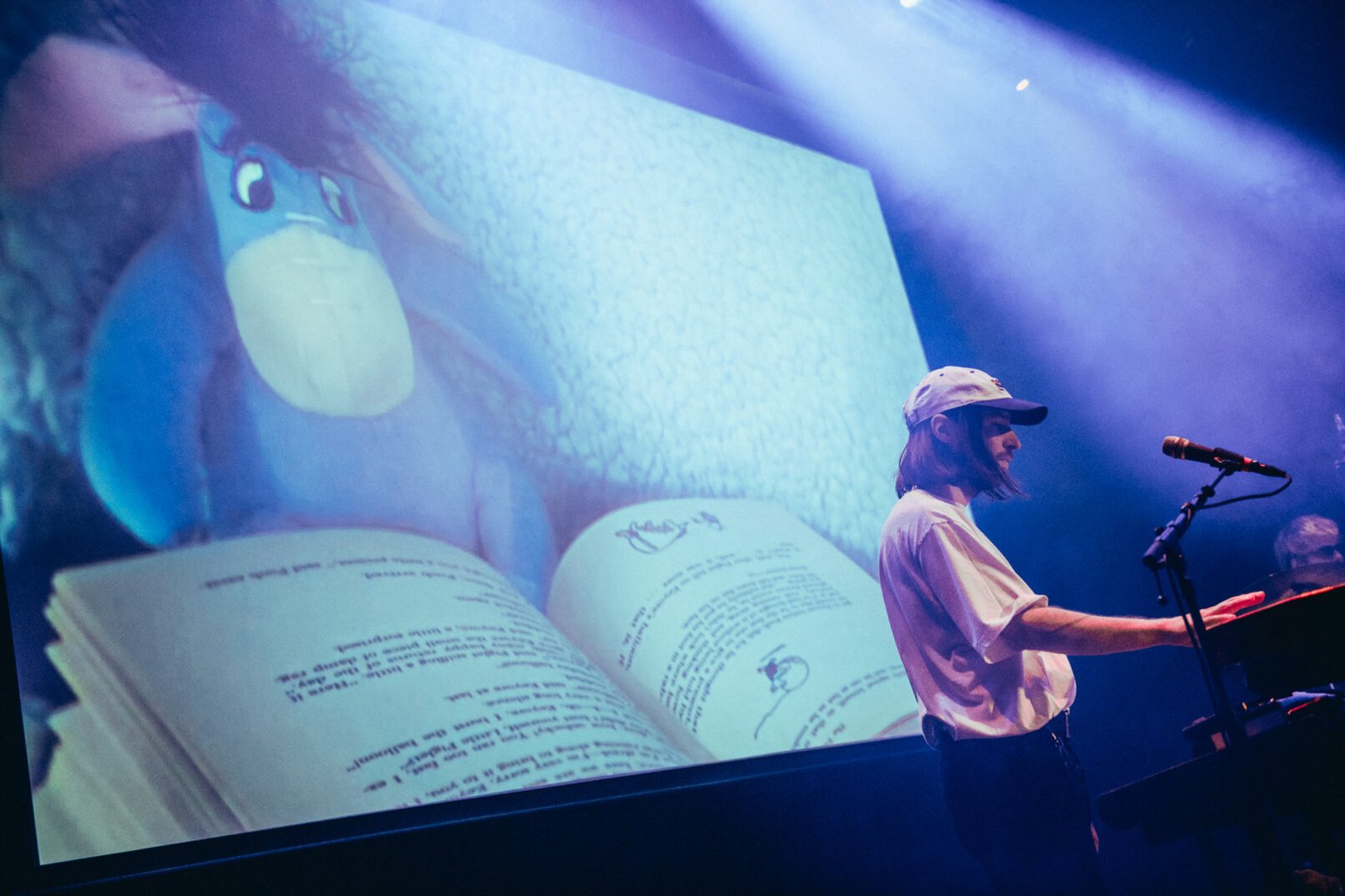 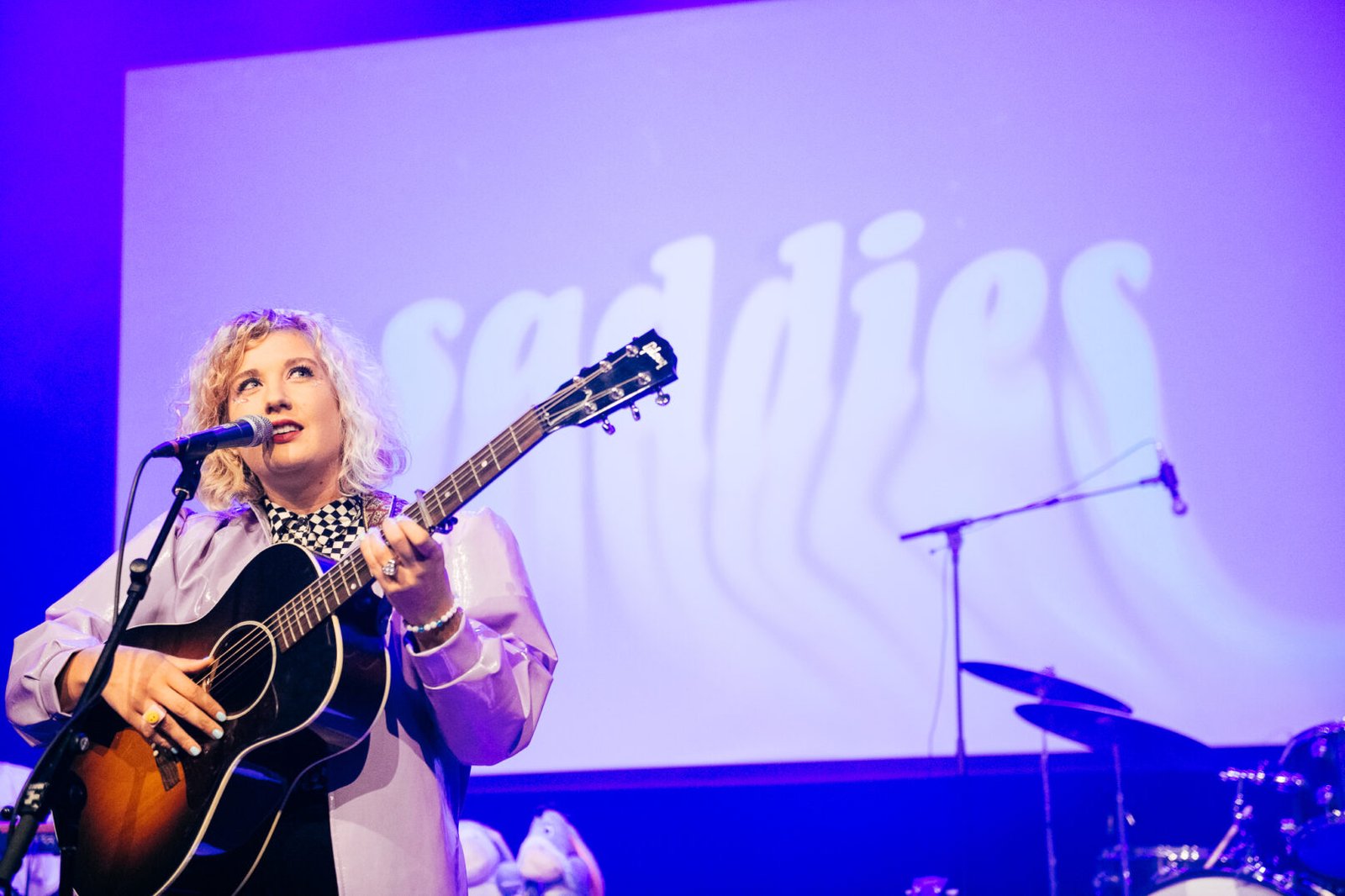 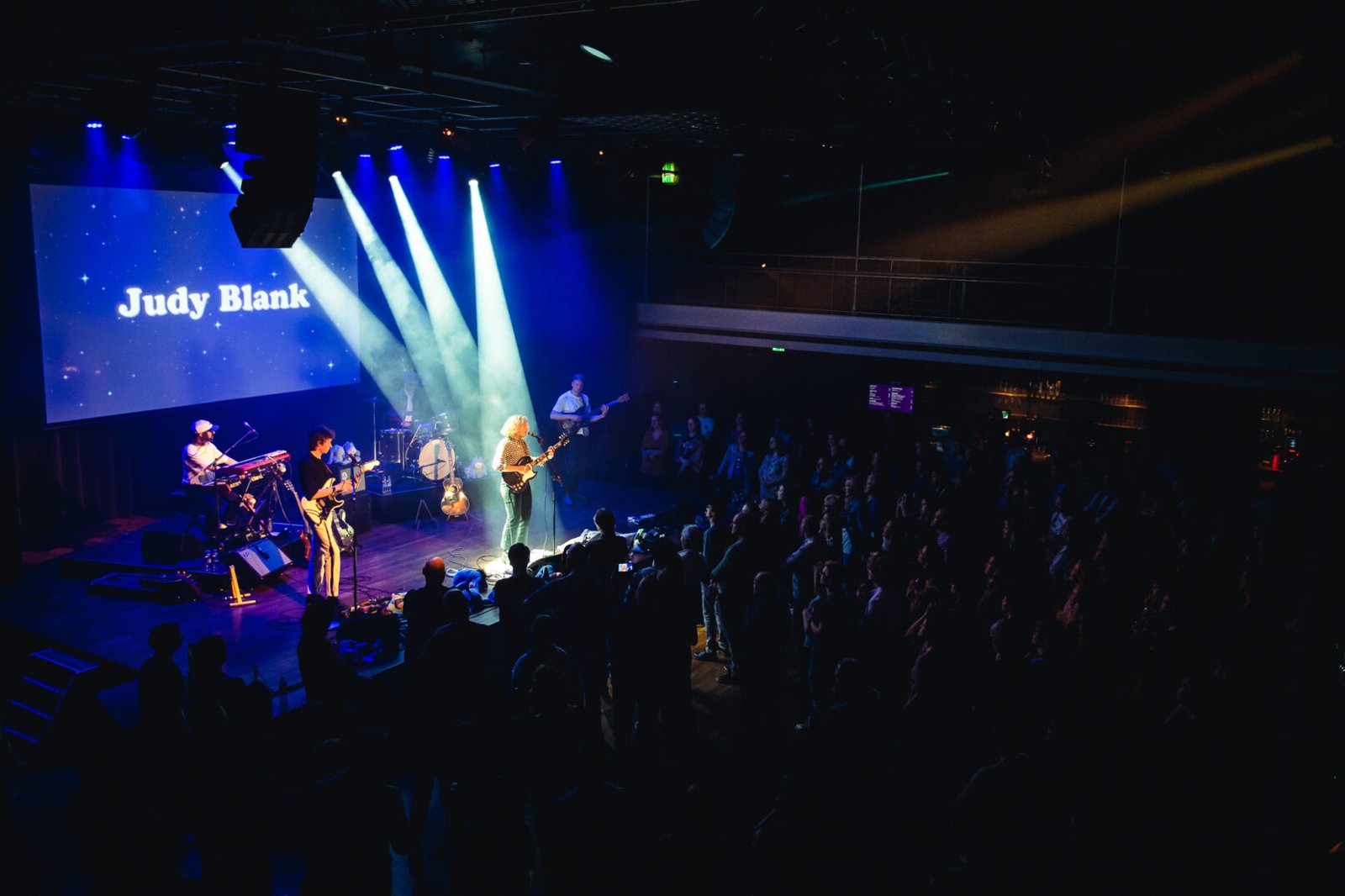 Previous
Next
This website uses cookies to give you the best experience during your visit. (You should try it yourself actually—it works!)
Cookie settingsOK!
Manage consent

This website uses cookies to improve your experience while you navigate through the website. Out of these, the cookies that are categorized as necessary are stored on your browser as they are essential for the working of basic functionalities of the website. We also use third-party cookies that help us analyze and understand how you use this website. These cookies will be stored in your browser only with your consent. You also have the option to opt-out of these cookies. But opting out of some of these cookies may affect your browsing experience.
Necessary Always Enabled
Necessary cookies are absolutely essential for the website to function properly. These cookies ensure basic functionalities and security features of the website, anonymously.
Functional
Functional cookies help to perform certain functionalities like sharing the content of the website on social media platforms, collect feedbacks, and other third-party features.
Performance
Performance cookies are used to understand and analyze the key performance indexes of the website which helps in delivering a better user experience for the visitors.
Analytics
Analytical cookies are used to understand how visitors interact with the website. These cookies help provide information on metrics the number of visitors, bounce rate, traffic source, etc.
Advertisement
Advertisement cookies are used to provide visitors with relevant ads and marketing campaigns. These cookies track visitors across websites and collect information to provide customized ads.
Others
Other uncategorized cookies are those that are being analyzed and have not been classified into a category as yet.
SAVE & ACCEPT